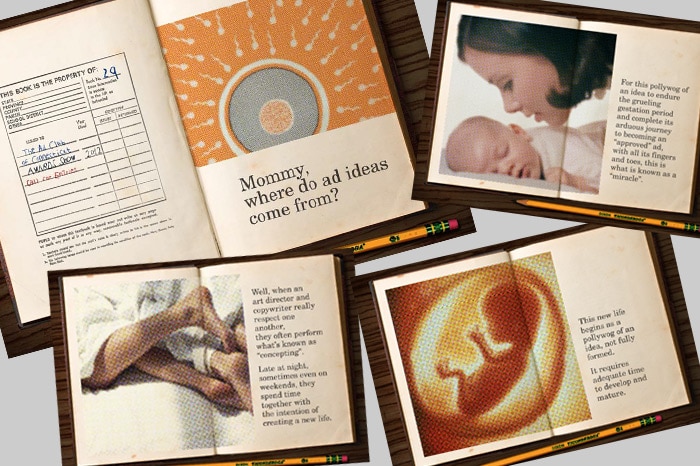 I was asked to help create the Call for Entries direct mail piece for the Ad Club of Connecticut. Since I’ve always considered the approval process of a concept to be eerily similar to a sperm reaching the egg, I played off that “miracle” notion for this unfolding poster. Thanks to a clever design by Dave Cushman, we created a retro sex education pamphlet-feeling piece that captured the innocence and cheesiness of the 1970’s. This piece actually won a Gold Award for B2B Direct Mail, as well as a Gold Pen Award for excellence in copywriting at the show it was designed to generate interest for. Crazy.